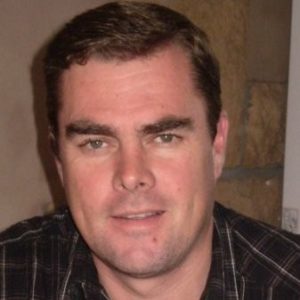 The issue of dealing with and assessing concurrent delays under the different forms of recognised construction contracts in South Africa has probably been the most contentious and recurring issue which I have dealt with over the past ten years. I have experienced the stalemate in resolving such a claim before proceeding to adjudication or arbitration to be two-fold.

The one is based on the interpretation of fairness and the other is based on determination of the proper cause, and its effect on the due completion date, as based on the extension of time claim submission made by the contractor.

On dealing with the issue of fairness in a construction contract, the outcome of the recent case between Cool Ideas 1186 CC v Hubbard and Another (2014) provided some authority on the matter. The employer, Hubbard, refused to comply with an arbitration award for final payment in the amount of R550 211 to the contractor, Cool Ideas, on the premise that Cool Ideas was an unregistered house builder.

The Constitutional Court had to determine whether to make the arbitration award an order of court where such award was at odds with a statutory prohibition. The Court declined to make the arbitration award an order of court as, by doing so, they would agree to an illegality (or non-compliance by Cool Ideas with legislation) in terms of the Housing Consumers Protection Measures Act of 1998. In the instant matter it was determined by the Court that a claim on the basis of “fairness” could not overrule the express provisions of the contract, whether such provisions are interpreted as to be fair or not. Hence, whether it is interpreted to be fair or not, the legal and contractual principles underlying the consideration and assessment of concurrent delays in our construction contracts must be honoured and applied accordingly.

In the 19th century, the English courts concluded that it was wrong in principle for an employer to hold a contractor to a completion date, and a concomitant liability to pay liquidated damages, in circumstances where at least a part of the subsequent delay was caused by the employer. In Holme v Guppy (1838), the claimant argued that the defendant failed to give claimant possession of the site for four weeks following the conclusion of the contract (i.e. the commencement date of the contract). The Honourable Judge found that there were clear authorities to the effect that “… if the party be prevented by the refusal of the other contracting party from completing the contract within the time limit, he is not liable in law for the default …”[1]  In other words, if the employer failed to give the contractor access and possession of the site as required in terms of the contract, then the employer cannot benefit from such default and impose penalties against the contractor should the contractor overrun the due completion date by four weeks.

“… where one party to a contract is prevented from performing it by the act of the other, he is not liable in law for that default; and accordingly a well-recognised rule has been established in cases of this kind, beginning with Holme v Guppy, to the effect that, if the building owner has ordered extra work beyond that specified by the original contract, which has necessarily increased the time requisite for finishing the work, he is thereby disentitled to claim the penalties for non-completion provided by the contract.”[2]

As a result of these decisions, construction contracts began to incorporate extension of time clauses, which provided that, on the occurrence of certain events (which included what might generically be described as “acts of prevention” on the part of the employer), the date for completion under the contract would be extended, so that liquidated damages (or penalties) would only be levied for the period after the expiry of the extended completion date.

In Multiplex v Honeywell, Mr Justice Jackson clarified that, “The essence of the prevention principle is that the promisee cannot insist upon the performance of an obligation which he has prevented the promisor from performing.”[3]  Such clauses were not, as is sometimes thought, designed to provide the contractor with excuses for delay, but rather to protect the employers, by retaining their right both to a fixed (albeit extended) completion date and to deduct liquidated damages (or penalties) for any delay beyond an extended completion date.

In the 19th century, the English courts concluded that it was wrong in principle for an employer to hold a contractor to a completion date, and a
concomitant liability to pay liquidated damages, in circumstances where at least a part of the subsequent delay was caused by the employer.

Therefore, an extension of time clause in a contract exists for the benefit of the employer and is an option available to the contractor to exercise the remedies available. If the contractor does not use the extension of time provisions in the contract, then the employer’s right to impose penalties is protected.
However, when it comes to concurrent delays, the matter becomes more complex. A useful definition of a concurrent delay is “… a period of project overrun which is caused by two or more effective causes of delay which are of approximately equal causative potency.”[4]

In Walter Lilly & Company Limited vs 2 others[5], Mr Justice Akenhead arrived at the following conclusions:

“In Henry Boot Construction (UK) Ltd v Malmaison Hotel (Manchester) Ltd (1999) 70 Con LR 32, Mr Justice Dyson had to decide primarily whether an arbitrator had jurisdiction to deal with a defence by an employer that events such as variations and late information had not delayed the contractor but that other matters were causes of the delay. At Paragraph 13, he referred to some common ground between the parties:

‘Second, it is agreed that if there are two concurrent causes of delay, one of which is a relevant event, and the other is not, then the contractor is entitled to an extension of time for the period of delay caused by the relevant event[6] notwithstanding the concurrent effect of the other event. Thus, to take a simple example, if no work is possible on a site for a week, not only because of the exceptionally inclement weather (a relevant event), and if the failure to work during that week is likely to delay the works beyond the completion date by one week, and then if he considers it fair and reasonable to do so, the architect is required to grant an extension of time of one week, he cannot refuse to do so on the grounds that the delay would have occurred in any event by reason of the shortage of labour.’

It could thus be said that the learned judge was simply repeating the common ground between the parties rather than reach a considered decision on the issue. That said, the judge seems to have ‘run with the ball’ in his second and third sentences and appears to have endorsed that common ground.
In any event, I am clearly of the view that, where there is an extension of time clause such as that agreed upon in this case and where delay is caused by two or more effective causes, one of which entitles the contractor to an extension of time as being a relevant event, the contractor is entitled to a full extension of time.

Part of the logic of this is that many of the relevant events would otherwise amount to acts of prevention and that it would be wrong in principle to construe Clause 25 on the basis that the contractor should be denied a full extension of time in those circumstances. More importantly, however, there is a straight contractual interpretation of Clause 25 which points very strongly in favour of the view that, provided that the relevant events can be shown to have delayed the works, the contractor is entitled to an extension of time for the whole period of delay caused by the relevant events in question. There is nothing in the wording of Clause 25 which expressly suggests that there is any sort of proviso to the effect that an extension should be reduced if the causation criterion is established. The fact that the architect has to award a ‘fair and reasonable’ extension does not imply that there should be some apportionment in the case of concurrent delays. The test is primarily a causation one.”

Hence, the General Conditions of Contract for Construction Works, Third Edition, 2015 (GCC 2015) took this into consideration in Clause 5.12.1 when it comes to the assessment of an extension of time claim and the determination of the adjusted due completion date. Clause 5.12.1 of GCC 2015 provides as follows:

“Such extension of time shall take into account any special non-working days and all relevant circumstances, including concurrent delays or savings of time which might apply in respect of such claim.” (emphasis added)

Therefore, in order to give proper justice to Clause 5.12.1 of GCC 2015 the employer’s agent and the contractor need to agree from the outset of the contract whether they are going to follow a static or dynamic approach in the assessment of delays. The static approach shows the theoretical impact of delaying events rather than what actually happened. The baseline for this type of analysis is the planned programme of work, and the effect is calculated in relation to its likely impact on the planned programme of work.

On the other hand, the dynamic approach focuses on how the works progressed by regular progress updates on the programme, how activities were delayed and to then seek to ascertain which delay events actually caused the delay. The effect is calculated in relation to its impact on the as-built programme of work and therefore takes account of the contractor’s culpable delays or additional float that may have been created on the programme.

However, if the employer’s agent and the contractor never agreed on the approach to be followed, the fall-back position will be the static approach, although the dynamic approach is more preferable and equitable in the assessment of delays, when referring to international best industry practices such as the Delay and Disruption Protocol of the UK Society of Construction Law.

Although it is acknowledged that the issue of contractual notices and competent claim submissions is usually given higher priority over cause and effect analysis, it is in both the contractor and the employer’s best interest that the contractor presents an assessment of a delay including both its isolated and cumulative effects, having due regard for the provisions of Clause 5.12.1 of GCC 2015.

The provisions of Clause 5.12.1 of GCC 2015 have in essence been drafted in such a way to prevent “double payment” to the contractor and to give credit to the employer where it is due.

[6] A relevant event is in essence defined as delay for which the employer is at risk in terms of the contractual provisions.